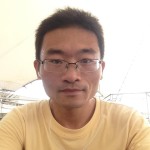 The Unicode Byte-Order Mark (BOM) in UTF-8 encoded files is known to cause problems for some text editors and older browsers. You may want to consider avoiding its use until it is better supported.

UTF-8 is most common on the web. UTF-16 is used by Java and Windows. UTF-32 is used by various Unix systems. The conversions between all of them are algorithmically based, fast and lossless. This makes it easy to support data input or output in multiple formats, while using a particular UTF for internal storage or processing.

What is a BOM?

A byte order mark (BOM) consists of the character code U+FEFF at the beginning of a data stream, where it can be used as a signature defining the byte order and encoding form, primarily of unmarked plaintext files. Under some higher level protocols, use of a BOM may be mandatory (or prohibited) in the Unicode data stream defined in that protocol.

Where is a BOM useful?

A BOM is useful at the beginning of files that are typed as text, but for which it is not known whether they are in big or little endian format—it can also serve as a hint indicating that the file is in Unicode, as opposed to in a legacy encoding and furthermore, it act as a signature for the specific encoding form used .

A BOM can be used as a signature no matter how the Unicode text is transformed: UTF-16, UTF-8, UTF-7, etc. The exact bytes comprising the BOM will be whatever the Unicode character FEFF is converted into by that transformation format. In that form, the BOM serves to indicate both that it is a Unicode file, and which of the formats it is in.